This Day in SEO

2013 January, 22nd
Panda #24 - On this day in 2013, Google announced the release of Panda 24. It was only a refresh, not an update to the Panda algorithm, with 1.2% of queries affected. The previous Panda occurred on December 21st and the one before that was on November 21st, so it appeared Google was consistently rolling out new updates every month. This was told to be unrelated to an unconfirmed Google update on January 17th.
This Day in SEO

SEO moves so incredibly fast; it’s easy to forget just how young it is. I’m not even thirty 1 and I’m older than the oldest website. Think about that for a second.

I set out to research the history, evolution and critical milestones of SEO in part just to see what I’ve missed. Although it’s been my job to know SEO from front-to-back over the past seven years, it’s impossible to catch it all. Suffice it to say, from over 150 hours of research and more than 500 events cataloged across 366 days 2, I’ve learned A LOT. Hopefully you can take something away from this research as well. Every day a new event will be posted with a link to more information about it.

The types of historical SEO events include:

There are too many websites I used for this research to mention them all, but here are the ones I certainly couldn’t have pulled this off without: 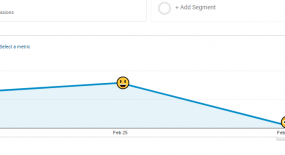 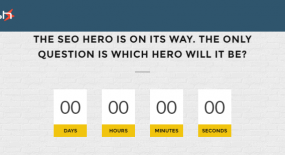